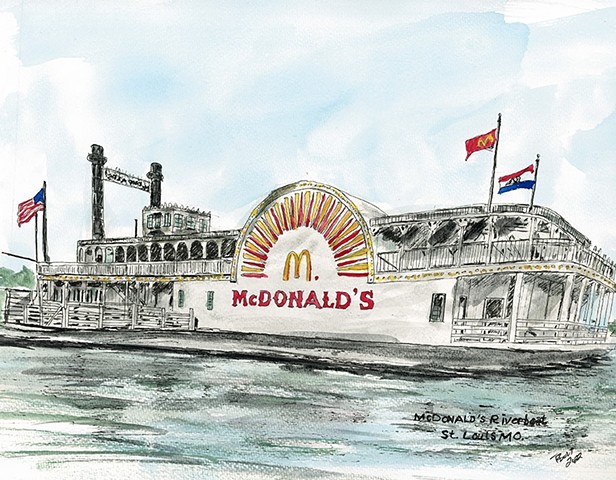 ST. LOUIS, Mo. — The world’s first floating McDonald’s opened on the banks of the Mississippi at St. Louis on this date 39-years-ago. It was moored just south of the Gateway Arch for 20 years before closing in the year 2000.

The restaurant chain originally wanted to open a location in the museum under the Gateway Arch. The St. Louis Post-Dispatch reports that the government said that they were not interested in making the space available to a private business.

McDonald’s real estate manager had the idea of putting the restaurant on a riverboat. They faced some opposition from St. Louis Aldermen. They feared the location would compete with or exploit the nearby national monument. The boat ended up generating $100,000 in tax revenue annually.