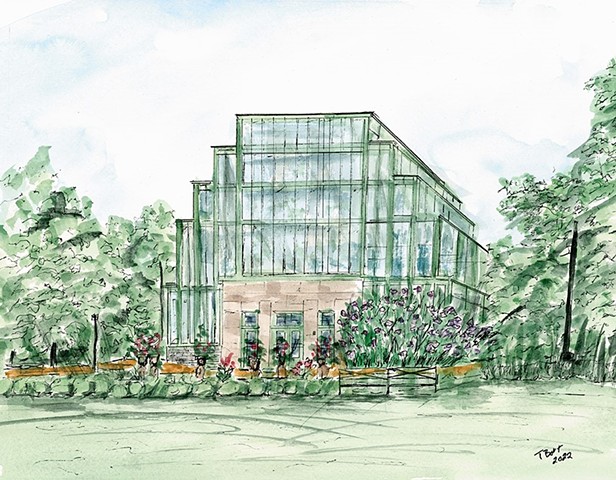 The Jewel Box, located on a 17-acre site in Forest Park, was built by the City of St. Louis in 1936 and is operated by the Department of Parks, Recreation and Forestry. It is listed on the National Historic Register. The designation was given by the National Park Service and the U.S. Department of the Interior. The application was submitted by the Landmarks Association of St. Louis on behalf of the City of St. Louis Department of Parks, Recreation and Forestry. The Jewel Box was given the designation on the National Register because it is, “locally significant in the area of architecture. The Art Deco building is an outstanding example of greenhouse design.”

The Jewel Box was dedicated Nov. 14, 1936 and cost about $117,000, with about 45 percent coming from Public Works Administration (WPA) funds. It was designed by city engineer William C. E. Becker and Robert Paulus Construction Co. was the contractor.

Today it is an aged St. Louis treasure that has been restored to its former glory