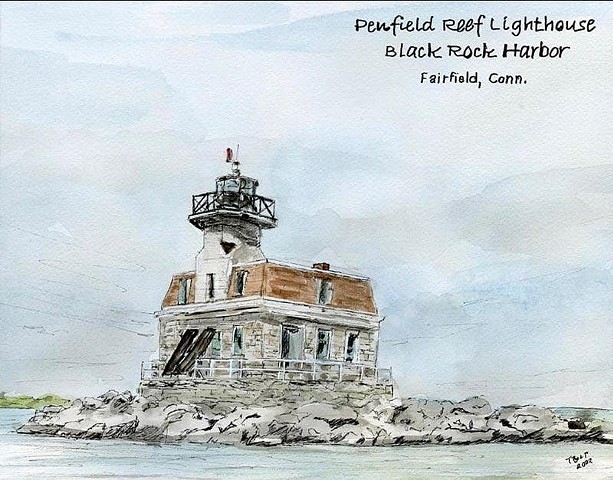 Penfield Reef, named after an early prominent Fairfield family, has for centuries been a dreaded hazard to mariners sailing Long Island Sound. For years, it was known as the “Blue Line Graveyard,” after a string of Blue Line barges grounded on the reef. Even with a modern lighthouse now in position, flashing a strong light as a warning, it is not unusual for several boats a year to run aground on the reef.