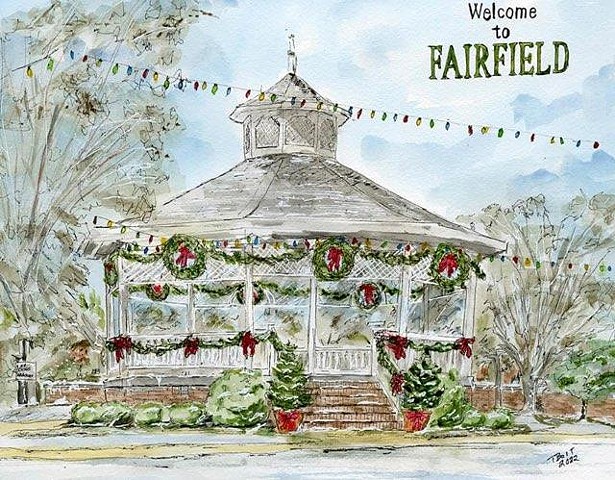 Fairfield is a town in Fairfield County, Connecticut, United States. It borders the city of Bridgeport and towns of Trumbull, Easton, Weston, and Westport along the Gold Coast of Connecticut. Located within the New York metropolitan area, it is around 43 miles northeast of Midtown Manhattan. As of 2020 the town had a population of 61,512.[3]

Colonial era In 1635, Puritans and Congregationalists in the Massachusetts Bay Colony, were dissatisfied with the rate of Anglican reform, and sought to establish an ecclesiastical society subject to their own rules and regulations. The Massachusetts General Court granted them permission to settle in the towns of Windsor, Wethersfield, and Hartford which is an area now known as Connecticut.

On January 14, 1639, a set of legal and administrative regulations called the Fundamental Orders was adopted and established Connecticut as a self-ruling entity. By 1639, these settlers had started new towns in the surrounding areas. Roger Ludlowe, framer of the Fundamental Orders, purchased the land called Unquowa (presently called Fairfield), and established the name. The name "Fairfield" is commendatory.[4]